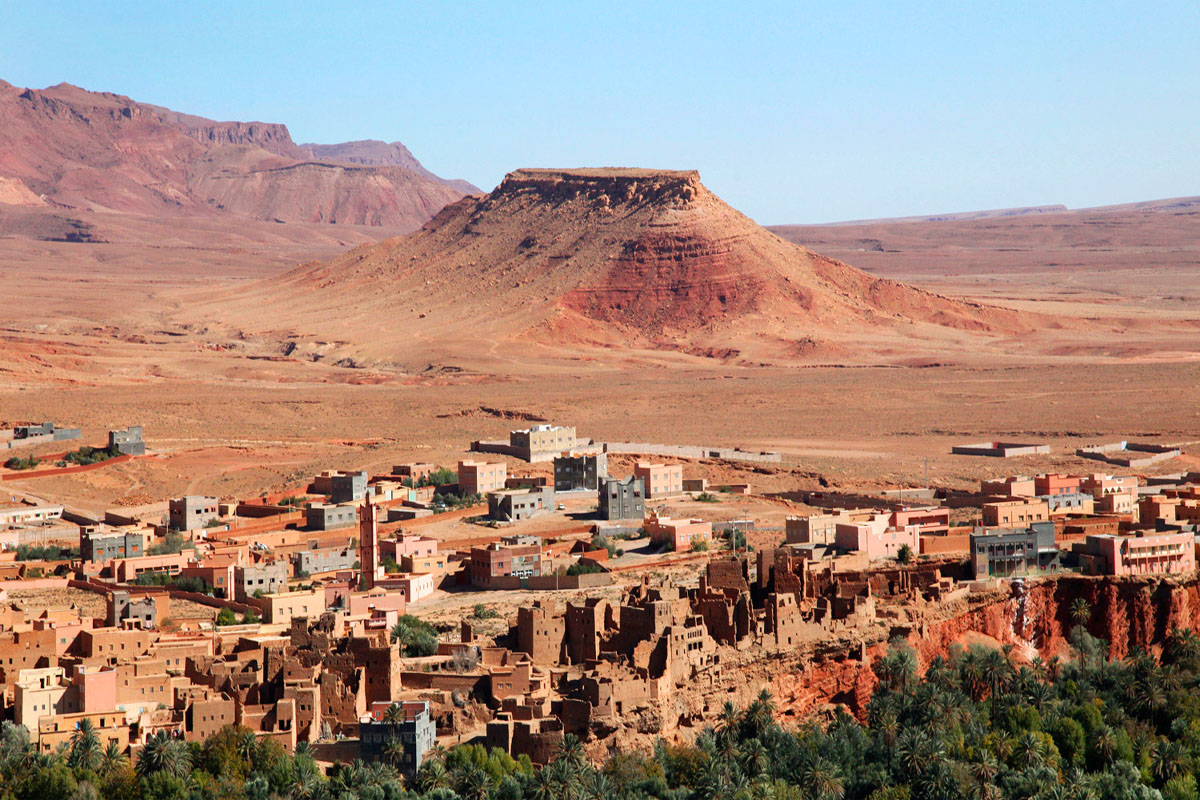 We pick you up from your riad or any other places in Marrakech, cross the high Atlas Mountains at an altitude of 2260 m to arrive to UNSCO world heritage building of Ait Ben Haddou whose history steps back to camel caravans traders in Middle Ages, and visit the film making studio (it is there for suporting the film industry) where many international films took place like Alexander, Kingdom of Heaven, Babel, the Mummy (1999), Star wars (1977), The living daylights (1987), and Martin Scorsese’s Kundun (1997). many others took place around including Ridley Scott’s epic Gladiator (2000), Games of throns etc. Next, we visit 17 century Kasbah of Taourirt in the center of Ouarzazate and contune to Zagora via Ait Sawn pass on Anti-Atlas Mountains, Daraa valley with of palm trees in it before riding the camels for 90 minutes ride to the camp.
Overnight in tents / camp in Zagora area.

2nd day: (today, we can stop for the suggested points of interest above we did not see in the first day in the case it is the winter short days)

You ride your camels back to the terminus after you take your breakfast there. Then, we drive back to Marrakesh and have our lunch mid way.

What your private tour does not include:

Do not hesitate us to contact us for pricing and more information!